The (Jobless) Recovery in Junior Mining 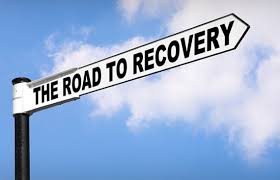 Although we’ve recently experienced a pronounced upswing in the mining sector, thus far the recovery has been a jobless one.

The GDXJ, an ETF that tracks the junior mining industry, is up118% since the start of the year and the TSXV has posted impressive gains of 52%. This renewed interest in the sector has translated into increased access to capital and activity yet hiring in the sector remains near record lows.

According to Infomine, there are currently 6,800 mining jobs worldwide that are posted. This time last yearthere were over 9,000.  At the height of the Market in 2012, there were over 35,000. Though counter intuitive given the recent resurgence in sentiment in the sector, the contrast highlights the lag between the fortunes of the sector compared with the fortunes of its workers.  Just as mining stocks bottomed and then sharply turned, we are nearing that same inflection point with respect to employment, and based on what I am seeing, I expect it to be equally pronounced.

When mining executives are confident about the prospects of the industry over the short term, they are confident in making long term decisions about their team. A polling MRG conducted in Q4 of 2015 noted that only 4% of mining executives held a bullish outlook as to the strength of the industry over the coming 12 months. Our most recent polling(with full findings yet to be released), completed by mining executives in the first two weeks of September show a massive reversal in outlook, with only 10% of executives holding a bearish outlook over the coming 12 months, with 46% now holding a bullish view and 44% with a neutral outlook.

As the junior exploration sector is wholly reliant on outside capital, executives are hesitant to make long term decisions if they don’t have confidence they will be able to raise the money going forward. Reassuringly, 39% of mining executives at this point in time expect the capital raising environment to get even easier over the coming 12 months, and 37% expect the environment to stay roughly the same as it currently is.   With only 24% of mining executives expecting the capital raising environment to get more challenging over the coming 12 months, I expect to start seeing the purse strings loosened as companies expand on their activities.

With over a decade in international mining recruitment and executive search, I see the tides now shifting and the key indicators of a turnaround squarely in sight. Over the coming months we will see a large increase in activity in hiring amongst one of the hardest hit sides of the business during the downturn: junior mining and exploration.

With capital and interest already returning back to the sector, activity amongst juniors has picked up, though few new roles have been created as companies have adapted to doing more with less. That said, those limits are now being tested and with a marked rise in sentiment amongst mining executives over the short-term, we will see a meaningful layer of those that find themselves unemployed or underemployed re-absorbed into the sector over the coming months. Signup to have our weekly MRG Mining Minute Newsletter, which tracks executive and board changes across the Canadian Mining sector delivered straight to your inbox.

Though the recovery has yet to materialise into an uptick in hiring across all facets of the business, in my practice I have seen the changes clearly materialize since Q2, with activity at the C-Suite level now mirroring what it was at the height of the Market in 2011 as companies look to effect change from the top down. It is now only a matter of time for this uptick in hiring activity to trickle down the ranks.

With confidence returning, shrewd companies will see the opportunity currently in front of them to cherry-pick the talent and gain a strategic advantage ahead of the competition, as in 3-6 months I expect the market to be significantly tighter. I expect many companies are considering bolstering their executive team or boards at this very moment, and for those I invite you to get in touch as no group has been as active on this front as MRG has this year.