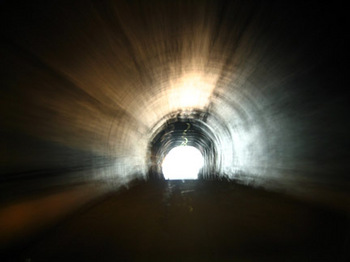 Rather than getting caught up in the headlines, it was my goal to get an accurate picture as to the state of the mining sector from the perspective of those that live and breathe the industry. Between October 22nd and November 13th 2015, I set out to tap the collective consciousness of my mining professional network. 368 mining professionals took part in the polling and these findings represent their views on the state of the industry and outlook for it at that time.

Respondents were comprised largely of North American mining professionals, amounting to 54% of those polled. 27% of responses came from the Australasia region, with a further 15% coming from Africa. Remaining responses came from various other regions. Of the mining professionals polled, 42% were geologists, 19% had a background in mining engineering/operations, and 15% of respondents classified themselves as mining executives. Remaining responses were broken down across other business functions including capital markets/IR, Project Management, CSR, Finance among others.

Only 3% of respondents hold a bullish view as to the overall strength of the Industry over the next 6-12 months. 68% of mining professionals polled hold a bearish outlook, with the remainder holding a neutral view.

When asked their outlook as to the strength of the Industry over the next three years, reassuringly, only 29% of mining professionals held a bearish view. A promising 37% of respondents hold a bullish outlook, with the remaining 34% holding a neutral view.

When asked to predict when they expected overall Market conditions to take a sustained turn for the better, 55% of the mining professionals polled expected it to be at least until 2017 or beyond. Only 2% of those polled expected to see this happen during Q4, 2015. That being said, 24% of respondents suggest we could see this happen in H1, 2016, with a further 19% expecting this for H2, 16.

Promisingly though, when only looking at the responses from mining executives, their outlook is much rosier over the short term. 65% of mining executives polled expect Market conditions to turn the corner and start making a sustained turn for the better during 2016. 35% of executives are of the opinion this won’t happen until 2017 or beyond however.

A full 25% of respondents classified themselves as unemployed. Moreover, another 21% rated themselves as underemployed. Let that soak in for a second. Of those, when asked if they were considering leaving the industry permanently in favour of a new line of work, 31% indicated that they were. Another 34% indicated they were considering leaving the industry, but were open to returning when things started to show signs of improvement.

Those that have managed to keep their job are still dealing with their fair share of stress with only 48% of those currently employed having any sort of confidence that they will still have their job at this point next year. 32% of mining professionals indicated that they were unsure if they would be able to retain their position over this time period, and 20% indicated that the prospect was doubtful.

In summation, a lack of confidence is permeating throughout the industry, both in terms of sentiment, but also now in terms of mere personal survival. At a time when the Industry is looking for ways to increase productivity in every meaningful way possible, it is ravaged by a workforce that is operating out of fear and caution. Those experienced professionals that are already facing the effects of unemployment are left to consider if they should just throw in the towel completely on the only industry they have ever known. New graduates aren’t able to put their education to practical use and are losing out on the mentorship and hand’s on training so key to their development. Many are abandoning the prospect of entering the industry all together. And right around the time most mining professionals expect the Industry to take a sustained turn for the better, we will see the wave of the baby boomer retirements start to cascade down, washing away decades of experience, one by one.

The ramifications of this? Time will tell and they will only truly be apparent once the Industry has worked its way through the current woes. At least in the eyes of many mining professionals, there is a light emerging at the end of the tunnel.

The Mining Recruitment Group Ltd (MRG) is a boutique Vancouver based executive search and recruitment firm focused exclusively on the unique needs of the mining industry.